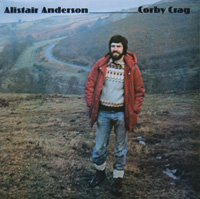 Solo recording from one of the leading figures in music from the North East of England and inded in the English folksong revival of the late twentieth century. English concertina and smallpipe maestro Alistair Anderson has been at the forefront of the performance of traditional music for over four decades. An internationally recognised ambassador for the music of Northumberland, between 1968 and 1979 he toured the world as a member of the High Level Ranters. He has an enviable reputation as a solo performer and an enthusiastic educator and folk activist. In 2006 he was awarded the prestigious Gold Medal of the English Folk Dance and Song Society.