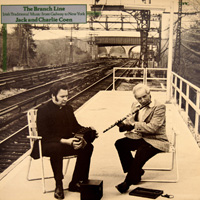 The Coen brothers, Galwaymen by birth, were both resident in New York when this fine location recording was taped. Jack played the flute and Charlie the concertina, both were distinguished members of the New York Irish community when the folklorist Mick Moloney encouraged them to make this album.