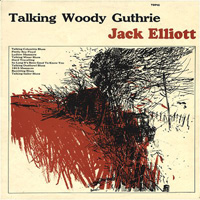 One generation thinks of the Ramblin’ Jack Elliott who brought the image and songs of Woody Guthrie to an eager Europe in the 1950s. Another knows him as a guiding hand behind Bob Dylan and all the singers after him. To others, again, he is a travelling songster in the great American tradition.