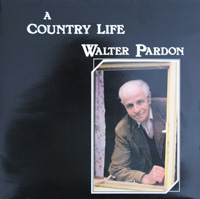 Walter Pardon (1914 – 1996) was one of the best singers of traditional folk-song in England, yet, outside his family, no one knew of his singing until he was 59 years old. Born in Knapton, near North Walsham in Norfolk, in a cottage where he lived for the rest of his life, Pardon finally came to national prominence in the folk-song world in the 1970s through a cassette tape passed to Peter Bellamy. The folklorist Mike Yates began a project to record and document Walter’s repertoire of over 150 songs. These recordings from the late 1970s capture a beautiful, gentle singer at the height of his powers.