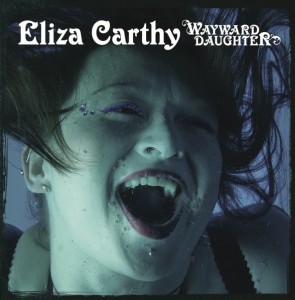 Eliza Carthy – “The one indisputable young star of British folk” The Times – celebrates her first twenty one years as a professional musician with Wayward Daughter a career-spanning best of double album, with 31 tracks drawn from her diverse and award-winning back-catalogue including traditional and self-penned material. This 2CD is the perfect companion to Eliza’s recently released official biography, written by Sophie Parkes, also titled “Wayward Daughter”. There are also a couple of live tracks, samples of a few of her many collaborations with other artists – and previously unreleased material, too.

“It’s a proud career CV but more importantly it stands powerfully alone on its own considerable merits – vibrant, modern and relevant” – fRoots Magazine

“Her vision remains absolutely faithful to the story and expresses the song’s essential emotions. She accomplishes this with wit and exuberance – And this is her genius.. Every home should have a wayward daughter” – ★★★★★ Songlines Magazine

“A more fearsome performer than mum or dad, or indeed anyone else on the folk scene she’s helped to galvanise…a rich primer of a singular career” – 8/10 Uncut

“Whatever she addresses she does so with warmth, intelligence and crate loads of personality” – ★★★★ Record Collector 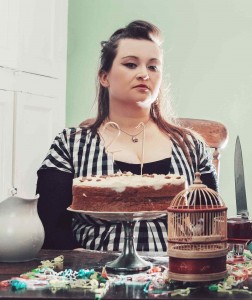