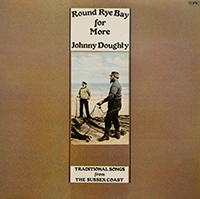 A former fisherman from Brighton, Johnny Doughty was discovered in his early seventies and recorded for Topic records. His songs, delivered with a vigorous sincerity that belied his age, ranged from classic Elizabethan ballads to locally composed ditties, as well as reflecting his extrovert personality.