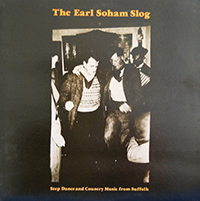 The traditional folk music of East Suffolk has probably been the best documented regional style in England over the past thirty years. Whereas much of the music and singing recorded in this period would appear to be indigenous to a general ‘East Anglian style’. It is possible. even within such a relatively small area. to detect various distinctive traditions often revolving around either a particular pub, village or influential musician. Basically during this period, there were four such quite separate local groupings in this area, with of course some interaction between them (primarily in the case of the travelling pub musician).
The best known of these was undoubtedly that centred around the singing pubs along the Aldeburgh coastal district, such as Blaxhall ‘Ship’ and the â€˜Eel Foot Innâ€™ at Eastbridge. Here the music and singing was highly organised. generally as a Saturday night’s entertainment with chairmen introducing the singers and maintaining order. Secondly the nearby towns of Woodbridge and Wickham Market boasted a fair number of dance and string bands led by men such as Walter CIow, Fred Whent, Billy Hall and Lennie Pearce. A third tradition was active around the pubs in Halesworth and Yoxford area, revolving around the charismatic Seaman Family from Darsham. Finally_ the small villages between Framlingham and Debenham sported a great musical tradition dominated by melodeon players Walter Read and Alf Peachey and fiddlers Walter Gyford and Harkie Nesling. It is from the last two traditions and through four generations that this recording is drawn.