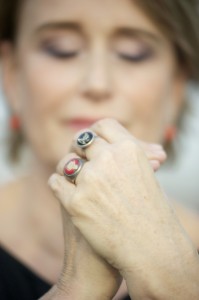 The arrival of a new recording from Linda Thompson is always a cause for celebration. That the new album is as good as Won’t Be Long Now is really quite remarkable.

Won’t Be Long Now – her first album in six years – was recorded in the UK and America with a rich array of contributing musicians. While it’s undoubtedly a family affair, featuring a duet with former husband Richard Thompson, regular contributions from their children Teddy and Kami, and grandson Zak Hobbs, Won’t Be Long Now also reflects Linda’s folk beginnings. This new album includes appearances by many alumni of the British folk scene, including John Kirkpatrick, Dave Swarbrick, Martin and Eliza Carthy, as well as American musicians like David Mansfield, Amy Helm, Sam Amidon, Jenni Muldaur and Tony Trischka, among others.

Linda Thompson has an ancient voice, wilting, wounded and wise. She sings with the conviction of an eyewitness of thieves, beggars, drunks, street urchins and circus freaks, spurned lovers and murdering swine, centuries-gone. The album is perhaps best summed-up by these wise words from MOJO: “The cover image of Thompson’s back as she stares at the horizon across a flat sea precisely represents the bulk of Won’t Be Long Now’s 11 songs. Men leaving by sea, women waiting, deceived and disappointed. Beautifully sung, often bleak and harking back in sombre mood to 1974’s Withered And Died.”

“Longstanding dysphonia problems make any Linda Thompson sighting precious. The fact that, now substantially beyond the full flush of youth, she can still make an album that makes your heart wobble fretfully is extraordinary… Kleenex is a must” – Colin Irwin, fRoots

“It’s apparent how undimmed Thompson’s talent is, especially in the sheer confident power of her vocal performance. Long may she continue.” – Record Collector

…and in the opinion of those fine people at Uncut Magazine: “Folk-rock grande dame, still damned grand” 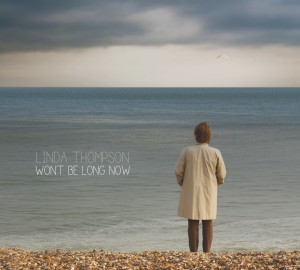