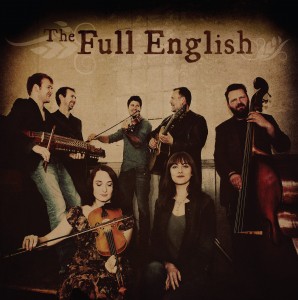 To mark the launch of the project, folksong scholar and acclaimed singer Fay Hield has assembled The Full English band, pulling together half a dozen of the top talents on the English folk music circuit for an evening of songs drawn from these unique collections. Together the band have recorded a tremendous album of material drawn from these historic collections. Rapidly becoming identified as a folk supergroup the Full English includes singer and fiddle player Seth Lakeman, who has successfully steered English folk into the musical mainstream with his high-energy performances and a series of best-selling albums, and one of the worldâ€™s finest and most admired guitarists, Martin Simpson. Nancy Kerr is another fiddler/singer with a deep commitment to the English traditional repertoire, celebrated for her boundary-smashing partnerships with Eliza Carthy and James Fagan. Sam Sweeney (fiddle) and Rob Harbron (concertina) are formidable instrumentalists who feature in Fay’s backing band The Hurricane Party as well as in Jon Bodenâ€™s Remnant Kings, and are two of the most in-demand session musicians on the scene. Nailing all this multi-instrumentality down is Ben Nicholls, double bassist of choice for artists as diverse as the Seth Lakeman Band, Martin Carthy and Jimmy Somerville. 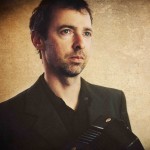 “It is a brilliant success.” – Paddy Bullard, Times Literary Supplement