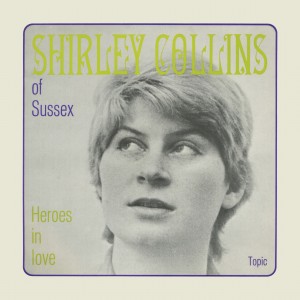 One of a selection of cornerstone Topic recordings being released on vinyl as part of Topic Records 75th anniversary, SHIRLEY COLLINS’ Heroes in Love EP will be released in September 2014 in a front-laminated, flipback sleeve, just like the original, and a new illustrated inner with period reviews from the Topic archives.

Shirley Collins’ uniquely pure and delicate voice means that she is now regarded as one of the quintessential artists of the 1960s folk revival; this record is a highlight of that period, and this reissue comes at a time when Shirley is revitalizing her musical career with new performances and a film in progress documenting her life in music.

Very rare in its original form, this will be the first time this iconic record has been made available as a vinyl EP since its first release half a century ago. We have endeavoured to faithfully match the original Topic EP sleeve with a beautiful gloss-laminated limited edition flip-back sleeve.

Topic’s first ever record was a shellac 78rpm, TRC.1., “The Man That Waters The Workers Beer” b/w “The Internationale” now, 75 years and many technological shifts later, the label’s latest releases are a series of vinyl records celebrating that 75th anniversary and a continuing love affair with a piece of plastic that is still the most exciting format on which to listen to music. 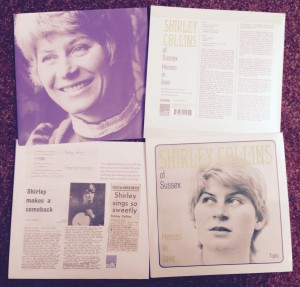