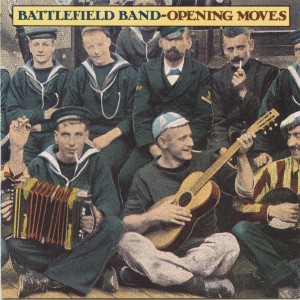 This collection is drawn from the first three albums recorded by the Battlefield Band for Topic Records in 1977, ’78 and ’79.

The Battlefield Band were made up of core members Brian MacNeill and Alan Reid with Jamie McMenemy and John Gahagan. For the second album, John was replaced by Pat Kilbride and, for Stand Easy, Pat and Jamie had left, and the new members were Duncan MacGillivray and Jenny Clark. Since making these recordings the band has gone on to become one of the mainstays of the progressive folk music scene in Scotland.