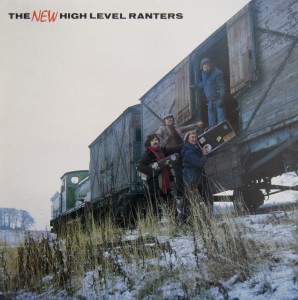 This was the first recording made by the New High Level Ranters. It sees the group changed by the departure of Alistair Anderson and Tom Gilfellon, who left to pursue their own ways in making their own kind of music. The two lads who replace them are Jim Hall and Peter Wood, who contribute their particular skills in playing and singing, thus continuing the Ranters’ commitment to British folk music and especially the music of the North East of England.

The original members of the group are Colin Ross and Johnnie Handle, who are perhaps too well-known to merit description. Anyway, Colin plays the fiddle and pipes and Johnnie sings and plays the accordion. There was never any doubt in their minds that the group would carry on after Ali and Tom left, so it was only natural that Jim and Pete, fellow members of Folk Song and Ballad Club, Newcastle, be asked to come into the Ranters.