Chris Foster – All Things in Common 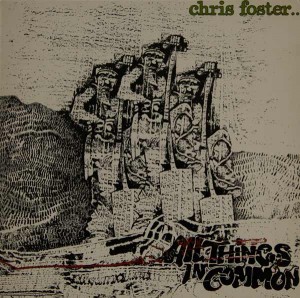 The second of Chris Foster’s highly regarded Topic albums. Chris Foster is a master of his trade. Alongside Nic Jones, Dick Gaughan and June Tabor, he established himself in the 1970s as one of the finest interpreters of the traditional ballads of the British Isles with tales of romance, magic, murder, liquor, love, adultery and cross dressing.

‘As one who has witnessed the development of ‘English’ guitar accompaniment to traditional songs, I have always ranked Chris as one of our most exciting interpreters. My old vinyl copies of his 2 Topic albums remain precious. Chris remains a consummate artist.’ Graham Lobb – The Living Tradition.