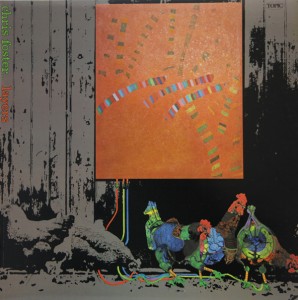 Chris Foster was born in Somerset. It is there that he first heard and started singing traditional songs. He trained as an artist at the Norwich, then Chelsea Schools of Art. His professional “break” came in the early 1970s when a music agent spotted him singing at Dingles Folk Club in London. This led to eight years as a professional solo folk singer/guitarist.

He recorded two, highly regarded albums in the late 1970s: “Layers” (1977) and “All Things in Common” (1979), both on Topic Records. Both featured mainly traditional songs with often complex fingerstyle accompaniments on a Fylde acoustic guitar.