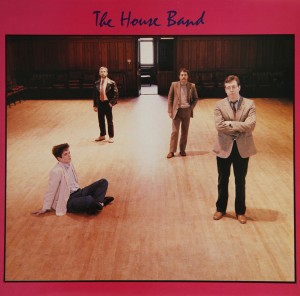 The House Band’s first album, and the first of three for Topic, this was recorded in January 1985, just before a long European tour for the band that year, and a tour of New Zealand at the end of the year and into 1986. They played original and traditional compositions in a Celtic/British folk style, with influences from reggae, country, pop, jazz and world music.