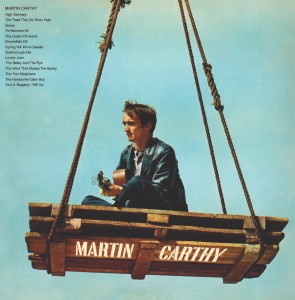 50th anniversay vinyl edition of Martin Carthy‘s debut album. First released in 1965 this record has been an enduring influence, capturing the most creative folksong interpreter of his generation early in his career. His singing and guitar-playing have been imitated wherever the revival has reached, across North America and Europe no less than in Britain.