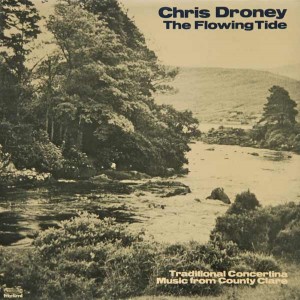 Chris Droney’s repertoire, unlike that of many musicians, is not dominated by the reel and the jig; his playing is well leavened with the set dances, marches, polkas, hornpipes and slow airs of Clare, music that epitomizes the true traditional repertoire of one of the finer concertina players of County Clare.