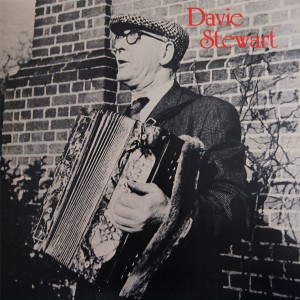 “In a form of music that is mainly about continuity and convention, it is a rarity to come across an innovator, a rule-breaker; Davie Stewart was just such a character. He deserves the overused word, ‘unique’; they made Davie and then they broke the mould. His song accompaniments on melodeon or piano accordion have a peculiar otherworldly effect. It is weird and wonderful stuff.” Vic Smith