The Cock and Bull Band – Eyes Closed and Rocking 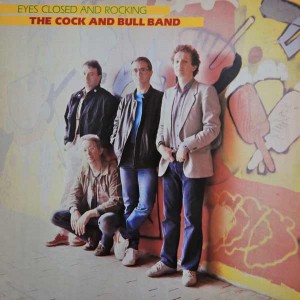 The Cock and Bull Band were formed in 1979 from the ashes of Hemlock. Members were Brad Bradstock, John Maxwell, Jean-Pierre Rasle and Dave Whetstone. Paul Martin replaced Brad in 1980 and the band recorded their debut album All Buttoned Up on Topic Records in 1981 and began their ascent in the folk festival and ceilidh world. Maxwell, Martin and Rasle then put Cock and Bull on hold for a spell in The Albion Band before returning to record and release their second Topic album, Eyes Closed and Rocking in 1985.