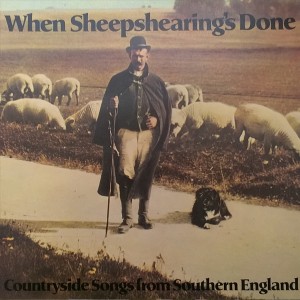 and there would be calls for old David’s ‘Outlandish Knight’; not because they wanted particularly to hear it – indeed, they had heard it so often they all knew it by heart – but because, as they said, ‘Poor old feller be eighty-three. Let ‘un sing while he can.’
Flora Thompson perfectly described a village singsong of the 1880s when she wrote of her childhood in the book Lark Rise (1939). The village stood among wheatfields in a north east corner of Oxfordshire and Miss Thompson felt that she was describing a way of life that had passed for ever.
But certain values have remained, as the singers on this record attest, and in their own way these singers are the direct descendants and carriers of ‘old David’s’ past.