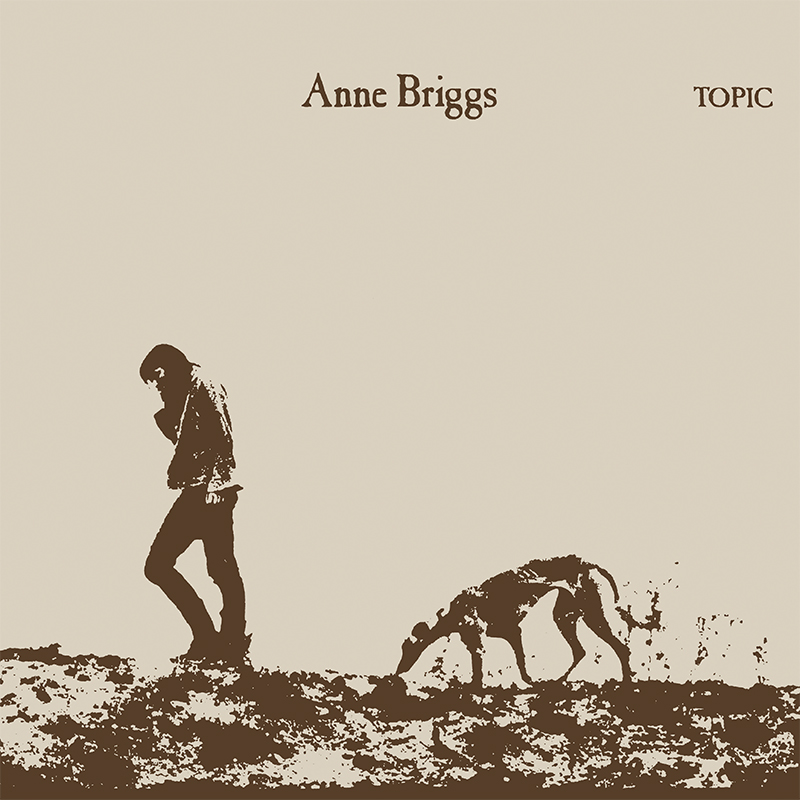 This eponymous 1971 debut album by Anne Briggs, largely unavailable for 48 years, is widely regarded as a pillar of any folk collection. Re-issued here as part of the Topic Treasures series – the label’s classic and notable albums expanded in deluxe format – with rare images, new liner notes (by esteemed journalist and Briggs authority, Ken Hunt).

This debut album contains some of Briggs’ most notable songs, including ‘Blackwater Slide,’ which she famously taught to Bert Jansch, (who recorded it on his ‘Jack Orion’ album) and ‘Go Your Way,’ co-written with Jansch. As with the 1971 original, the sleeve here contains song notes by the highly-regarded English folk singer and collector of folk songs, A.L. Lloyd.

Anne Briggs began singing in local folk clubs in her teens. In 1962, she became part of the Centre 42 – a leftist group of artists, writers, actors and musicians whose aim was to make arts and culture accessible to the masses. Ewan MacColl first heard Briggs’ remarkable voice and persuaded her to join the group and tour. There Briggs met MacColl’s comrade, A.L. ‘Bert’ Lloyd who became her mentor, producing her debut EP, ‘The Hazards Of Love,’ and recording Briggs for Topic landmark albums, ‘The Iron Muse’ and ‘The Bird In The Bush.’

Briggs went on to record a follow-up album, ‘The Time Has Come,’ for CBS which, at the time, sold poorly and was rapidly deleted. Two years later, she recorded again but blocked the subsequent album’s release, disheartened as she was by her singing. She retired from the limelight, seemingly for good, although Topic’s 2019 re-issue of this debut heralded a huge resurgence of media and fan interest in this most reclusive of folk doyennes.

“All-in-all, this is one of the most significant recordings of the period. This is music to pass on to the next generations.”
Folk Radio

“Make room for it on your shelf and between your ears.”
5/5 Songlines