Following the success of Before the Sun (2016) and Awake (2018), both produced by David Travers-Smith in Toronto, the duo opted for an altogether different approach for their new record, Ink of the Rosy Morning. They hired a quiet old schoolhouse by the sea, sat in the dining room, lit the fire, opened a bottle of wine, set up a few mics and played. Nothing pre-arranged. No big ideas. No pre-production. No thought of releasing anything from it. Nobody else around. Simply playing the songs they’ve known for years; savouring all the energy and emotion they carry.

Since emerging in 2016, Hannah & Ben have been defying all conventions of style, genre and compartmentalisation. A touch of ‘Americana’, yet quintessentially English. Traditional, yet contemporary, with their individual writing style. Playful and instinctive, they make music with such panache and natural chemistry it makes perfect sense.

Hannah Sanders has an alluring mystique and a voice of disarming purity that massages your senses. Ben Savage is a bubbling ferment of energy and infectious enthusiasm, seemingly able to play any instrument you put in front of him with grace and favour.

Their intimate, pin-drop single microphone live show has captivated audiences across the UK, US, Canada & Asia, sharing the stage with the likes of Sarah Jarosz, Martin Simpson, Seth Lakeman and Gretchen Peters.

The new album, Ink of the Rosy Morning on is relased on 1 April 2022 and available to pre-order now. 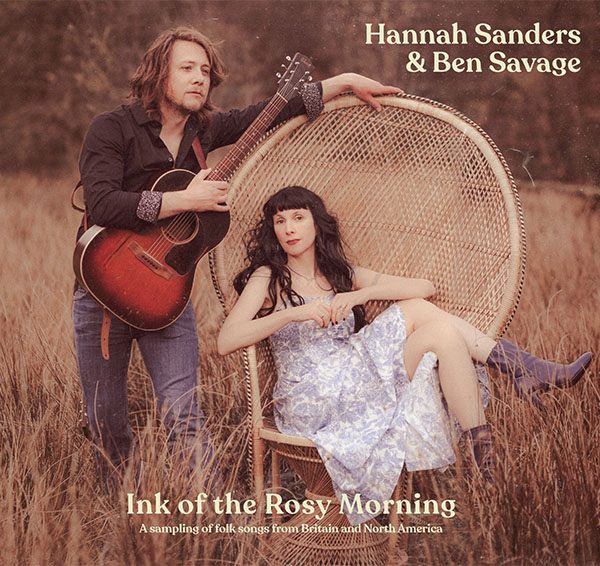 The new album, out now
Listen or buy 'Ink of the Rosy Morning'