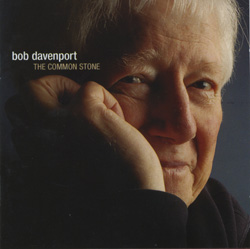 A new album of traditional and original songs by one of the all time great voices of the English folk scene. Renowned on both sides of the Atlantic for his uncompromising, gritty talent, Davenport’s recording history goes back over four decades and has produced raw, idiosyncratic nuggets. His unique poetic realism has been a profound influence on such disparate artists as Richard Thompson and Ray Davies. Never one to court fashion, Bob has remained true to the living tradition while being on the cutting edge of revivalism.

When word got round that Bob was recording a new album, the cream of the current folk scene queued for a chance to participate. The final list includes appearances by Richard Thompson, Chumbawamba Acoustic, Martin Carthy, Linda Thompson, Mike and Norma Waterson, John Tams, Coope, Boyes and Simpson and Fi Fraser. The resulting album is raw, real and original.

“A Folk Album of the Year 2004” – MOJO
“Few singers command the respect of their peers like Tyneside’s Bob Davenport – his radical fire is undimmed.” – ★★★★★ The Observer Music Monthly Magazine
“… some sublime moments; such a strong sense of identity. Linda Thompson pops up and steals the whole album with her charged and atmospheric rendition of Davenport’s own song You Came Back Down That Long Road.” – fRoots
“His more subdued approach lends a subtle reflective quality to his material. And what fine material he has here and what fine assistants to help.” – Living Tradition
“Warmth and sincerity – his unaccompanied version of the McGarrigles’ Heart Like a Wheel is a whimsical treasure. Few singers are as important to the revival.” – The Telegraph