An Introduction to Nic Jones 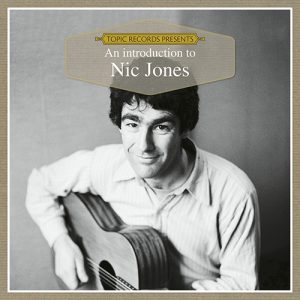 Nic Jones has won awards galore, has made some fantastic albums and played with the likes of June Tabor, Martin Carthy, Richard and Linda Thompson, Peter Bellamy and Shirley Collins to name but a few. There is no doubt he would have made even more fantastic music had it not been for a tragic car crash that robbed this world of his magic touch. 1980 saw the release of his classic album Penguin Eggs on Topic Records but less than two years later, fate took a disastrous turn. After a gig and while traveling home his car collided head-on with a brick lorry. Virtually every bone in his body was broken. The shock waves reverberated around the entire folk world. The battle to rebuild his body and his life was long and tortuous. He would never play again, that was for sure.

Except. Except, eventually – well, almost thirty years eventually – he did.
Coerced, encouraged, protected and inspired by his remarkable wife Julia, he was able to put the pieces back together again. First lured to play a few festivals and then in 2013 with the help of his son Joe Jones and Belinda O’Hooley, record a few new studio tracks, two of which appear on this release for the first time.

Nic insisted on compiling this introduction to his work, a mix of material from the Topics classic Penguin Eggs and Game Set Match albums, tracks included are ‘Humpback Whale’, ‘Seven Yellow Gypsies’, ‘Dives of Lazarus’ as well as the magical never released before 2013 studio recordings of ‘I Only Speak Portuguese’ and ‘Now.’
I think it’s best to have Nic have the last word.

“I think this selection of tracks represents very well my working repertoire during the years I was a professional performer. In music, I have always liked stories, encapsulated in a rhythmic way. I have enjoyed the visions, true or false, black or white, philosophical or emotional, played to the best on my old guitar… So here are a few of those songs that will take you all around the world and, hopefully, set your own visions alight” – Nic Jones January 2019