Eliza Carthy’s triumphant return to Topic Records after a period recording for Warner Brothers. Anglicana was nominated for BBC Radio 3 World Music Album of the Year and is a great new traditional album re-affirming her as one of the most important artists of her generation. As the title suggests, Anglicana is an expression of Englishness (as Eliza feels it), “with people who were around at the time, no border checkpoints, nobody pushed out, just what it is”.

It is built on the solid foundations of the traditional music of the country of her birth. There is no question that she has absorbed much of the great qualities of that tradition, but she is not interested in producing pastiche or sterile re-construction. She is one of the few people who can take this wonderful music and perform it in a totally convincing contemporary style – both true to its sources and firmly relevant to today’s values. This is what traditional music in the twenty-first century is all about!

“Brilliant updating of the English folk tradition .. proper music, not museum art – her voice has never sounded fuller” ★★★★★ The Independent
“Surely the best album of its type so far this century” fRoots
“Best folk album of the year” MOJO 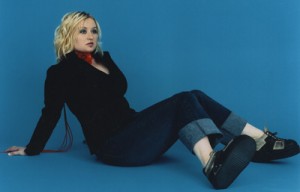