The Watersons – Frost And Fire

The original classic album recorded in 1965 is now released in a re-designed package with extra photographs and with unbeatable remastered sound quality that makes it feel as though the group is in the room with you.

Seasons of anxiety, seasons of joy. The common people had their rites of propitiation and triumph, older than the rituals of the church and closer bound to their daily lives. This album takes us through a year’s calendar, displaying songs that accompanied these ceremonies, season by season.

The Watersons perform in the original classic lineup – Lal, Mike and Norma Waterson and John Harrison.

“Quite without parallel amongst British group singing” – English Dance and Song
“Frost and Fire contains all the urgency of talented young people determined to record songs from a seemingly dying tradition. The results sound as fresh today as any recent Waterson:Carthy offering.” – Morning Star
“The Watersons’ first album was released in 1965. It remains a revelation” – ★★★★ Songlines
“These venerable releases shine in their newly remastered form.” – Dirty Linen 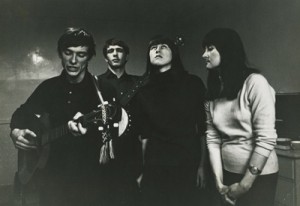