Bob Davenport – Down The Long Road 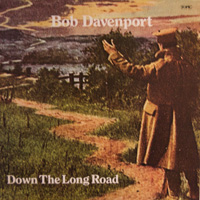 Bob Davenport has one of the most distinctive styles and one of the widest repertoires of any singer performing in folk clubs. From the North East of England, he relished singing in the pubs of North London frequented by musicians from the Irish community – the Bedford Arms, The Laurel Tree and the Camden Stores. ‘Down The Long Road’ draws upon these two important strands in Bob’s repertoire, as well as the country music of Southern England. Mr. Davenport is variously accompanied by notable Irish musicians – Lucy Farr, Jimmy Power, Johnny Gorman, and by members of Webb’s Wonders, The Rakes and the Leeds Band.