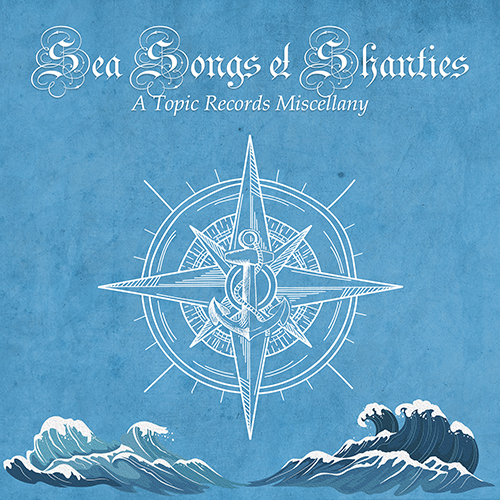 The recent boom of interest in sea shanties is nothing if unpredictable. Thanks greatly to social media, a whole new generation have embraced these sailor songs, many, hundreds of years old.

In its capacity as cultural archivist, Topic Records, of course, is no stranger to the sea-faring sing-out. Here, we collect just a fraction of our saltwater catalogue, drawing on songs from 1964’s ‘Farewell Nancy – Sea Songs & Shanties,’ by the likes of Louis Killen, Ian Campbell Folk Group and Cyril Tawney. From 1974’s ‘Sea Shanties’ and 1967’s ‘Leviathan! Ballads & Songs Of The Whaling Trade,’ folk singer and collector, A.L. Lloyd’s presence looms large. And there’s much, much more besides, to inspire you, if not quite to push the boat out but to join the new generation of shanty chanteurs and chanteuses paying tribute to these most enduring maritime work songs.