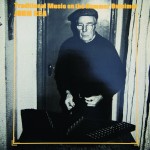 John Rea and his five brothers were all taught to play the fiddle by their father, but in 1924 a dulcimer was made for John, and that became his instrument. His father was a big influence on John’s repertoire, and many of the tunes he played had Scottish roots, in common with much of the music played by Antrim traditional musicians.